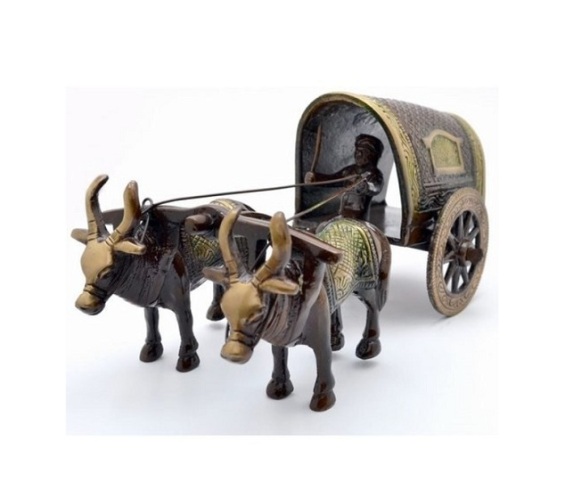 During my childhood  I was in a small village named ‘Konthagai’ which is in South Tamil Nadu, India. Since it was a tiny village, there was no entertainment for us other than playing few outdoor games. No television or video games were there at that time. The only entertainment for us was to go for a movie occasionally.

Unfortunately there was no theater in our village. We had to go to a neighbouring village, which is three kilometers away from our village. Going for a movie for us was not as easy as everybody thinks. After much persuasion our parents used to give their consent so reluctantly, as they knew that it would involve a marathon effort by them. So even after agreeing to take us to the movie, they always would look for some flimsy grounds to cancel the programme by showing our minor injuries, which happened while we play, or possibility of rain on that particular day. Since there was no bus facility available to the neighbouring village, they had to depend on roofed bullock cart (in tamil it is called ‘Koondu Vandi’), which was the cheap mode of transport available at that time.

They had to prepare the bullock carts well in advance to keep it ready for the journey. They also had to make the bullocks in a fit condition and also make them to wear iron shoes. They had to prepare the driver who drives the bullock cart to be available on that day. Many times our journey was called off as the driver failed to turn up on that auspicious day. Once we had to return half the way because the bullocks refused to go further. So many times our entertainment trip happened to be an unpleasant one. But it never deterred our enthusiasm; we always used to persuade our parents whenever we came to know that there was a good movie screened in the neighbouring village.

After few years, a touring talkie was opened in our own village. We thought that it would put an end to all our ordeals and anxiety and also would give a great relief to our parents.

Of course, our parents got a relief, as they no longer required to arrange marathon journey for us. But our joy of enjoying a movie was short lived. We realized that watching a movie in a touring talkie is really a Herculean task. Once we went for a movie, but returned without seeing the movie as the theater owner informed us that since they did not get enough crowd, could not run the show. Once we returned disappointed, as the reels containing the box, which was to come from the neighbouring town, did not reach. Once we gone for a movie for the noon show at 2 P.M. but returned at 2 A.M. as they took lot of time in pasting the reels which used to cut off every ten minutes run. Once we had enjoyed only half the movie as heavy rain interrupted and the whole place became a pool (!)

Now I am amazed to see the developments happened there. Almost every house has telephone and T.V sets with cable connection. They are enjoying the movies at the comfort of their drawing room. Even they demand the movies of their choice. Most of the houses having computers with Internet connection.. Hollywood movies are available through CDs. What a change! Earlier we were running for the entertainment. Now entertainment knocks the doors of our homes.

29 thoughts on “For Entertainment sake”