Red Fort is a historic fort in the city of Delhi in India. It was the main residence of the emperors of the Mughal dynasty for nearly 200 years, until 1856. Every 15th  August Delhi’s Red Fort comes to the lime light as the Prime Minister of India address the nation on Independence Day.

On this day the Red Fort turned into a high security zone and even birds will think twice to fly over this place. Red Fort unique structure and stands tall reminding Delhi’s rich history and very appropriate place for this great function. The whole area including Jamma Masjid and Chandini chowk gives a perfect ambiance to the function.

Soldiers from Army, Air Force and Navy, NCC cadets and school children in tricolour dress add glory to the whole atmosphere. It is high tradition that all the former Prime Ministers, Ministers, opposition leaders,top bureaucrats  attend the function without fail. We can see the flourishing Indian democracy here.

When Prime Minister after his address mingled with the school children by breaking the protocol, I can see the excitement in the eyes of the young buds. 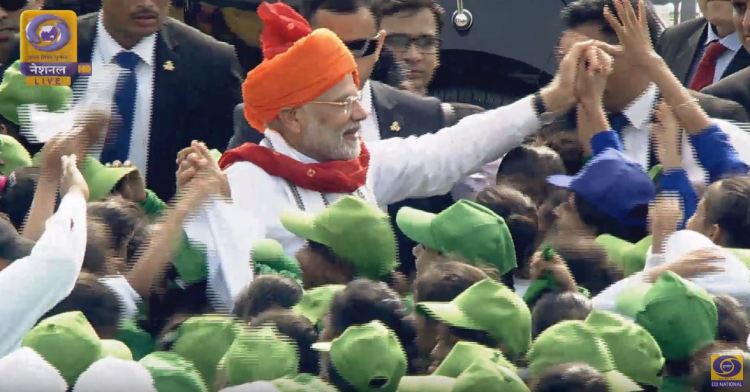