When I planned a trip to Kerala in the first week of December, I thought that the weather will be normal and I won’t get any problem. But to my suprise, cyclone Ockhi which emerged from Bay of Bengal, turned the entire situation upside down as the cyclone which started from Tamil Nadu and moved towards Kerala and battered the coastal areas.

Got anxious over the climate and even thought that whether our decision to visit Kerala during December was right. But there was no option to change the programme as air tickets and accommodation were already booked. I immediately called up one of my office colleague, who is working in Cochin to know the ground realities. He informed me that Cochin is not at all affected by the cyclone and he assured me that I won’t get any difficulties in visiting Cochin as per our schedule. I got excited over this news and packed our things immediately to go for an exciting and a debut visit to the State of Kerala.

On arrival,  we first went to Gurvayoor temple to have a darshan of Lord Krishna. There was not much crowd. We had our Darshan within an hour.

Next day we started our sight seeing trip to Cochin. Our first stop was Mattacherry palace.This palace was built by Portuguse. It was modified by Dutch later on and called as a Dutch palace. Many colourful religious paintings adored the walls of the palace. Paintings of Kochi rulers are displayed in walls of the palace.

Our next stop was Hill palace.Hill Palace was built in 1865 by the Maharaja Of Cochin and is now the largest archaeological museum in Kerala. It has a large museum displaying erstwhile Cochin royal family and the ornaments used by them.

Next we visited the Kerala museum. Housed in a circular domed building, the Museum of Kerala History is a sound and light spectacle. It works on a time frame, portraying the history of Kerala from early inhabitants to the modern era. Here one would come 38 life-size tableaux, each backed by multiple visuals, reflecting the cultural and social history of Kerala. This presentation is considered as the first of  its kind in India. It has a art gallery and a dolls museum too. Only in Cochin we were able to see the Chinese fish nets being used widely in Kerala.

The day after our sight seeing visit to Cochin, we proceeded to Munnar, a beautiful hill station of Kerala. Unlike the other hill stations in the country, Munnar is untouched by rampant commercialization. Its flora and fauna are well maintained and wherever we go we could only see only greenery . Munnar is dotted with beautiful tea gardens. While entering Munnar we were thrilled and enchanted over the sight of Attukal water falls. As long as we stand there we could not take off our eyes from it.

We also visited Kannan Devan Tea Museum and really delighted to know the process of tea making through an informative video as well as real time demo. We also visited Eravikulam national park where we could spot Nilgiri Tahr exists only at Munnar. Though we could not see any other animals here, yet it was really a scenic beauty.  At echo point, we tried our best to maximize our vocal sound to get back the echo. It was a amazing experience.  We enjoyed Kerala’s famous folk dance Kathakali in Kerala’s folk dance theater at Munnar.

After our Munnar visit we proceeded to Alapuzha.  Alappuzha also known as Alleppey, is a town with picturesque landscape, it was once a major port and trading centre of Kerala. It was known as the Venice of the East. Even though, Alappuzha has lost its commercial prominence, it still retains its beauty and attracts thousands of tourists from within the country and all around the world. The canals, beaches, backwaters, boat races, and houseboats of Alappuzha are stunningly beautiful and captivate the visitors. The Backwaters of Alappuzha are the most popular tourist attraction in Kerala. The three hours boat ride in backwaters was a memorable one. After boat ride, we visited the RKK museum.

All of us have heard tales of timeless love. In India we have one of its finest examples-—the Taj Mahal. Taj is the most famous monument to love ever built. It was created by Emperor Shah Jahan in 1653 in memory of his favourite wife Mumtaz. In 2003, Betty Karan built Revi Karuna Karan memorial museum at Alappuzha in memory of her loving husband.

The family was avid collectors of fine art and artifacts for over three generations. The collection was maintained in private domain. After Revi’s demise, Betty decided to open the collection to the public. Betty and Lullu have dedicated the museum in the memory of a most beloved husband and loving father.

The RKK museum is an architectural marvel.  One unique feature of the museum is that you will see that the four major religions in India—Hinduism, Christianity, Islam, and Buddhism—have equal prominence on the mural, ivory collection, Kerala room and the and the items displayed in the old wing. We have not seen such a rare and large collections of art facets anywhere in India.

After visiting Kerala we realised that Kerala fully deserve to be called ‘the God’s own country’. 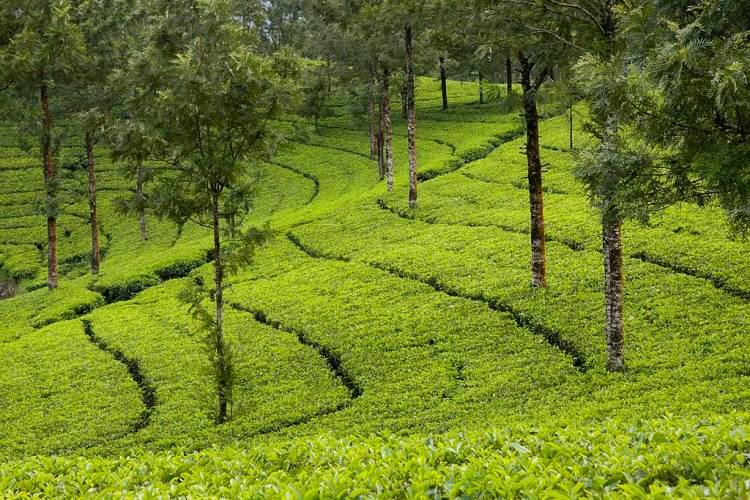 23 thoughts on “Trip to God’s own country – Kerala”